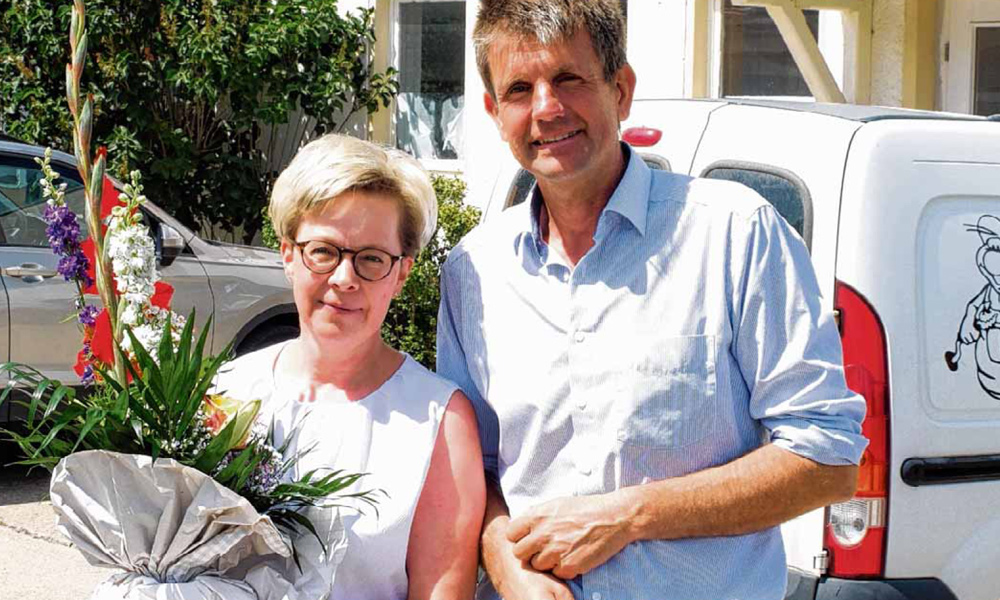 Sunny prospects for the former Reichsbahn research and development plant (FEW) in Blankenburg? Peter Endres, owner of the company "Solarstern", bought most of the land north of the Blankenburg railway station at an auction. "I came across this rather by chance", reports the entrepreneur, who is also active at other locations in Saxony-Anhalt. His aim is to install solar modules on the roofs of the halls and sheds, which were formerly used for railway engineering, and thus to generate green electricity in large quantities. The entrepreneur from Bavaria has started his project and has already had the solar technology installed on the roofs of two buildings. But his plans go even further: an industrial park is to be built on the extensive site. Endres plans to gradually refurbish empty and neglected buildings and rent them out to tradesmen.

"Everything is possible," says the entrepreneur, "whether it's an office or a storeroom or maybe even holiday apartments." In this way. 5000 to 7000 square meters of commercial space will be developed in a first section. Endres recently presented its plans to the existing tenants on the property. Among them are the VHS-Bildungswerk, the canteen kitchen company "DRG" and the Dampfl ok interest group, which provides personnel for the operation of the Rübelandbahn.